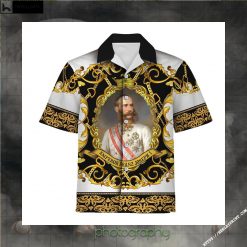 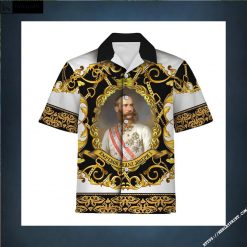 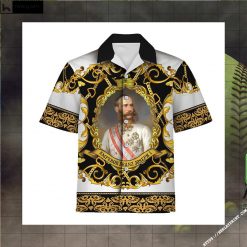 No shit. Just listen to the description in the title. Sounds like a joke about overdone scenarios in 90s/200s movies. The Hawaiian Shirt Emperor Franz Joseph Ikilled his dad? Lol. I wouldn’t go see anything with these two anymore unless I was explicitly told it was amazing.Willis used to be a comedic actor and wanted to become a singer. He used to really enjoy himself. However he got typecast as an action star, and his range of dramatic roles turned out rather flat, and he started phoning it in.Sorry to the media interns in here that are working on this movie.His dad was killed when he was just a boy, leading his mom to turn to drugs and die of an overdose when he was a teenager leaving Bruce an orphan. He was bitten by a bat….no wait that’s another story. Anyway, he’s dedicated his whole life to tracking down the man who killed his father. Prepare to die you son of a bitch.Right, at least Nic Cage looks like he is just having so much fun performing. Say what you will about him, he’s the most entertaining part of any of his movies.Bruce just seems so…tired. It worked great in that movie from the mid 2000’s “16 Blocks” because his character was just an old, tired, don’t give a fuck kind of guy. It’s like he decided “that was fun, I’ll do that role forever now”.

Correct me if I’m wrong, but…they had one short scene together in Pulp Fiction? One with no dialogue? For a Hawaiian Shirt Emperor Franz Joseph I “Reteam” just feels like a strong word here.Adam Sandler is worth over $400 million, yet he has basically admitted this is why so many of his movies are set in tropical locations. Why pay for a vacation when you can get paid?Jesus, he is doing more movies with the two jerk offs from the OP movie, and the previous ones. Did he like, accidentally hit one of their dogs with a car and this is the way he needs to pay them off? I don’t understand.Also this sounds awful.: forgot the bar scene. I maintain that “reteam” feels strong here. Further, I have serious doubts that they spent a single day together on the set of any Look Who’s Talking. Again, I could be wrong, but referencing LWT also feels like an incorrect use of “reteam.”