Many of the Christmas Red Truck Hearts Quilt Bed Set Christmas customs were inherited from older Winter Solstice celebrations—including greenery indoors, feasting and gift-giving. It seems quite likely that the celebration of the birth of Jesus was scheduled at that time in order to piggy-back on existing holiday observances. Halloween is very directly descended from the old Celtic feast of Samhain, when the dead return to visit the living. Modern Pagans observe this and Beltane (May Day) as their major holidays, the Feast of the Dead and the Feast of the Living on opposite sides of the Wheel of the Year. Easter’s Pagan connections are suggested by its English name, Eostara being a Pagan Germanic Goddess associated with the Spring Equinox. The bunnies and eggs probably go back to Pagan times as well. 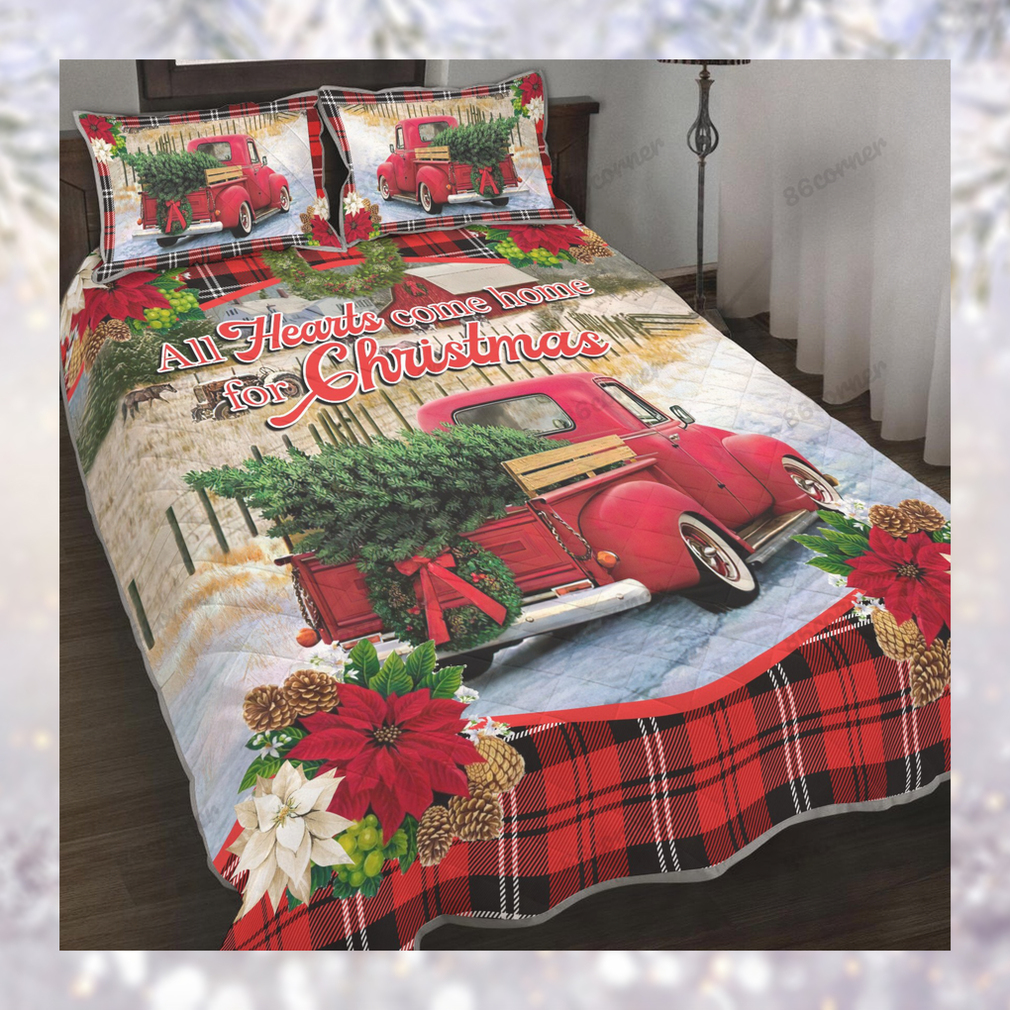 You can find lists of holidays everywhere in the Christmas Red Truck Hearts Quilt Bed Set so I will tell a bit more about the days. Christmas is celebrated by the Orthodox Church on 7 January. It is a public holiday but it is not commercialized like in the west. In the Muslim calendar only Kurban Ait is celebrated. In the former Soviet Union countries New Year is celebrated with lights, trees, presents and big parties. Nauruz or the Asian New Year is celebrated in March. This is the start of spring and is a big celebration with lots of traditional foods, dances, sports etc. and a time when families get together. There are the usual political holidays, Independance Day, Constitution Day, Day if the First President etc. and some patriotic celebrations such as Defenders Fay and Victory Day commemorating the end of the Great Patriotic War (WWII).

A hot breakfast cooking in the Christmas Red Truck Hearts Quilt Bed Set. Could be anything, but a quiche or a brekky casserole with potatoes might be best. Bacon should likely be involved as that smells amazing and bacon is yummy. Coffee cake would be a bonus but should not fully replace savory. Prime Rib roasting in the late afternoon with Yorkshire pudding in in the oven puffing up. Few smells are more savory, enticing and comforting! Pine! The scent of a tree or a wreath is always invigorating, exciting, and a good reminder that there is life in even the coldest and most dark of seasons. Plus, it’s a good metaphor! Alternate ideas: (Pick two) Warm gingerbread. Candles (unscented). Fresh plastic wrap hastily torn aside to get to the presents within. New book smell. Wrapping paper and tape.